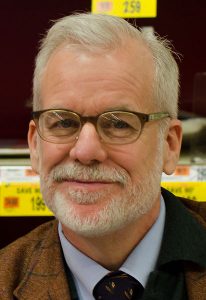 Rita Anne – Name of the ship

The wretched stone is a metaphorical story. In this story, the captain Ethan started their voyage its name Rita Anne with his crews, sailors. They are going with the help of a map. After some time they went to a strange island or which place is not shown on the map. Where, there was not any type of animals, no fruits, the bad smell is there. In that island, they saw a rock & they brought into the ship which two feet across. From the stone comes shining light. All crews are attracted towards that light & they sit in front of stone by ignoring their duties. After seeing the stone all crews are changed in Ape. Then, when the storm was coming to the captain goes for support to sailors, he amazed very much & they ape did not understand whatever he said. However, the captain was hopeful to rescue their sailors. After telling stories, playing music, reading books the captain was successful to become the inhuman being that Ape. Then he destroyed that stone & finally they went to Harbor town of Santa Pango from where they would go home.

In this storied stone stands for TV & Ape’s are stands for modern non- creative people. The story has tried to show us that TV makes people passive & just like the hairy beasts. It shows TV makes people careless to their duties & responsibilities. Also, it suggests we must be dutiful & punctual to get success as well as there can be other things to get entertainment like singing, reading, dancing, storytelling, etc. Also, it shows important of education in the life of the human. Hence, metaphorically the writer trying to shows that great haired towards the TV.

Although this story is interesting to read, there are still some points to with which I do not agree. Here, the writer seems one-sided. He does not talk about the positive aspects of TV.

Hence, I am not fully happy with this text as well as the story.

Before reading this text as well as the story (the wretched stone) I used to watch TV as much as possible by ignoring my duties & take entertainment from it. But after reading this text I came to know that TV makes people dull, passive. So, I would not go watching on TV all the time & I would choose only certain information, programs & watch them.

May you also read offline for saving data

For it download pdf.file: The PDF file for this story