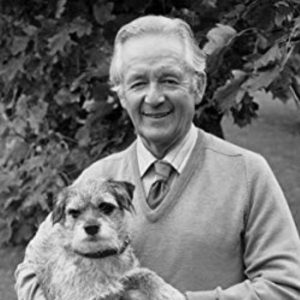 In this story Sheps Hobby, James narrator a vet, cow name Rose, and the dog named Shep. This starts when the narrator goes to Mr. Bailes’s house to treat Rose, she was suffering from stomach trouble of unknown nature. As the narrator walking near the wall, suddenly Shep jumped and frightened the writer. He treats the cow. Next, day writer also comes to the farm of Mr. Bailes to see the condition of Cow. But still, she does not out from the stomach. Seeing this the writer felt some hopelessness. And, this time also dog barked at him.

Again next day, the writer comes to the Bailes’ house but this time he saw the cow in good condition. She running on the farm. He felt happy. But it is the work of the postman who cured the cow by making running or galloping her. Then, the writer goes to the kitchen of Mr. Bailes to wash hand, again dog frightened him. But this time he was so angry and threatened him. Then, again the next day the writer comes to the house of Mr. Bailes but this time the dog does not react to him. And, seeing this the speaker (narrator) was happy.

This story is trying to show us nature, the habit of animals. And, their relationship with the human. In this story, Shep was presented.  It says animals have also their own way of making entertainment. They have also a sense of the human being, they understand what we do, and what we speak, as well as they felt pain and pleasure, as Shep has done. So, maybe it says we human being does not think we only have the feeling of the pleasure and pain.

This story is interesting to read. Where it shows the relationships between animals and human beings. However, after reading this story, I am not convincing with some statements of the text. And it creates some questions in my mind. They are:

In this way, it created some question in my mind.

Before reading this  ‘Sheps Hobby’ story I always used to think that a dog has no thinking ability like us. And, I used to threaten them as I need. But after reading this story I realized that I have done a big mistake to dog. And I have decided from now not do this type of activities and make good relation with the animals.

Similarities and Contrast between Sheps Hobby and The Stickeen

A fight between a Lion and a Crocodile