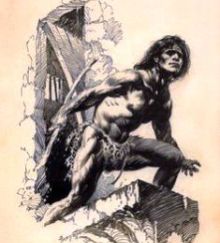 Story The Savage male by Marvin Harris is an Anthropology related story. Where Anthropology refers to the study of society, people and their development. Four levels part of this text Literal comprehension, Interpretation, Critical thinking, and last Assimilation are:

The Savage Male is the story composed by ‘Marvin Harris’. In this story Napoleon Chagnon who was observer presented culture or living style of Yanomamo tribesmen as well as American Indian tribesmen, they located in Brazil/ Venezuela. In this story at first period females were kept in the cage (Bambo). After the marriage males are used to beat their wife’s as much as possible. Males are used Hallucinogenic powder. When they use this powder they feel more powerful as well as when they beat their wife’s they feel superior.

& also when their wife is beaten from them they also used to feel that I am brave, powerful. They used to force their sons to beat their daughter’s. According to these tribe’s people, they give too much respect to their relative’s brother-in-law. Where they do club fight, chest pounding, scare fighting, etc. Also, Yanomamo males are used to think that we are made from the blood of the moon. All the time they used to do the fight as much as possible, where this has been their mechanism of life.

Maybe this story is trying to show us that the male-dominated society of Yanomamo people. It proves human beings are savage. Doing fights they used to feel superiority. The beating & suffering from men are considered as the sign of love for women. The powerful always ruled over the weak. It also proves the meaning of life to a man is to satisfy his ego. Maybe it also interpreted that the living style of people where there is no any type of education as well as democracy.

When I read this story it arises too many questions in my mind, where some of them are

Hence, it is too much difficult to believe for the modern readers.