Output Devices of the Computer and Their Functions

Types of Output Devices are:

There are two types :

Softcopy output is an output that is not produced on a paper or some materials which can not be touched or carried for being shown to others. They are temporary in nature and vanish after use. For e.g. output display by a monitor is a softcopy output.

It is an output which is produced on a paper or some materials which can be touched or carried for being shown to others. They are permanent in nature and can be looked at later when the person is not using the computer. For e.g. the output produced by the printer is a hard copy output. 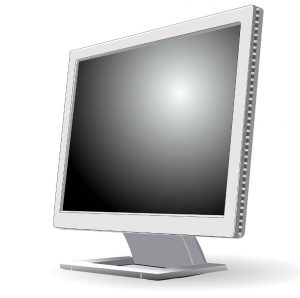 Monitors are the most popular output devices used today for producing a soft copy output. The monitor is often called a visual display unit or visual display terminal. The two basic types of monitors used today are CRT and flat panel display.

A monitor that looks like a TV screen uses a CRT technology in which an image is formed by an electron shooting stream of an electron at the screen. In a color monitor, there are three guns corresponding to the three primary colors red, green, and blue combined to produce various screen colors. 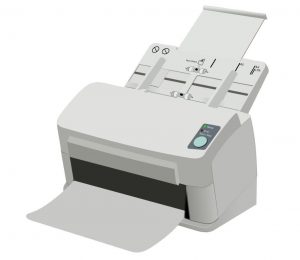 Printers are commonly used output devices. They provide information in a permanent readable form. They produced the printed output of results, programs, and data. The output of a printer is often called a hard copy. It also includes an impact and non-impact printer. They are:

The impact printers are an electromechanical mechanism that causes hammers or pins to strike against a ribbon and a paper to print the text. They are noisier kinds of printers. The output of this printer is low and slow as compared to a non-impact printer.

The non-impact printer refers to those printers that do not use an electromechanical printing head to strike against a ribbon and a paper. The quality of this printer is very high. They are less noisy also faster than an impact printer.